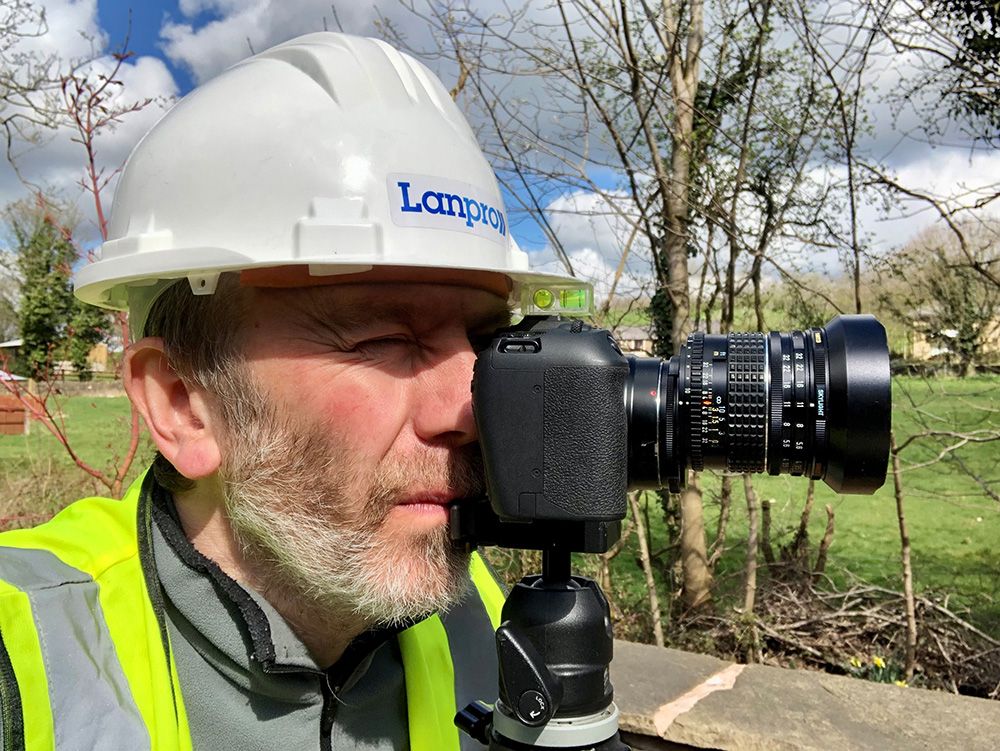 I work as Principal Archaeologist at Lanpro Services Ltd, where I combine my archaeological career experiences over the last 23 years into a highly satisfying role. In my job, I provide consultancy service and advice to help clients to fulfil planning conditions with respect to archaeology and heritage. I also work with multi-disciplinary teams including planners, architects and ecologists.

I wasn’t sure what I wanted to do when I left school so I took an apprenticeship and various assorted jobs before studying for my A-levels including geology which I studied at Durham University. I happened to choose archaeology as a subsidiary subject as I had a passing interest in history but I soon found archaeology to be much more engaging than geology and I transferred to the University of Bradford to become an archaeologist.

I gained experience on a few summer digs during university and after graduation, I joined a geophysical survey company as a junior surveyor. I quickly learned that, along with needing to be very fit and impervious to rain (!), I found I had to be very adaptable as the company also carried engineering surveys and I was introduced to the world of bridge, canal and utility tracing surveys. Through initiative and willingness to learn (and learning from my mistakes!), I was soon carrying out complex surveys and survey data interpretation.

I had once worked as a teaching assistant in a primary school, which I had enjoyed immensely, so I left geophysics to train for a PGCE in Primary Education. I found that my undergraduate archaeology degree studies at Bradford and subsequent employment had armed me with extensive transferable knowledge and skills relating to all the STEM subjects. I used my archaeological knowledge not only in perhaps seemingly obvious subjects such as history but also art, English, maths and science. My PGCE training would come in very useful later on in my archaeological career when training and mentoring less experienced staff.

The irresistible draw of archaeology and geophysics saw my return to the profession. I joined CIfA in 2002 and became committed to developing my career. I knew I’d made the right decision when I found myself doing geophysics in the ancient city of Zeugma in Turkey and witnessed the moonlit rescue of a Roman mosaic from the rising waters of the Birecik Dam by Italian conservators!

Later, I took up a role at an archaeology unit where I was introduced, amongst other things, to historic buildings, architectural photography, photogrammetry, instrument survey and landscape survey. I’d always had an interest in architecture, but it really developed when I volunteered to help out with historic building surveys. I spent most of my spare time over the next few years learning about the history of architecture, building recording, surveying and photography. I also learned how to use software such as computer aided design (CAD) and geographical information system (GIS) mapping as well as photogrammetry software and Photoshop. After 10 years working on some of the most amazing buildings across the UK and in Europe, I became a Senior Project Manager, managing building surveys as well as archaeological fieldwork and geophysics. There followed a succession exciting of roles working for both archaeological fieldwork contractors and consultancies, culminating in Regional Manager and Head of Field Archaeology roles as well as self-employment.

I have absolutely no doubt that I chose the right career, it was hard (but fun!) at the beginning but it has been a fascinating, varied and very fulfilling journey. I can only speak from my own experience but being adaptable, resilient, practical and willing to take on new challenges is essential. There are a great many aspects to a career in archaeology and I have been a bit of a generalist rather than specialise in one aspect, which I feel has helped me to progress to senior management roles and learn lots of diverse skills. If you like variety, this is definitely the career for you!

Back to My Career